It’s BKS’s 30th Birthday today (…you probably read that somewhere earlier). I have chosen to reflect on how all of this has come about and reached what so many of you have told me is a fantastic milestone. (I can still remember being told…if you can last 7 years in business …you’ll probably survive).

From the days as a 10 year old messing about on my mother’s sewing machine, to the early skateboard and punk days where I made my own gear…to the more elaborate Adam and the Ant phase I went through trying to disguise myself as the Dandy Highwayman….all of these times shaped what I do today.

Fortunate opportunities to supply Police motorcyclists and then members of the public got things moving along rather nicely.

Involvement with prominent figures from within motorcycle journalism acted as a great catapult to put us in front of racers like Carl Fogarty, Phillip McCallen and the late Steve Hisplop.

Such presence attracted Prince William’s attention as well as others like Robbie Williams, Daniel Day Lewis, Mark Knopfler and Hugh Lawrie. Great press and a great honour for me.

A much bigger project came along in 2008 (…thank you Steve Franklin) and this time we find ourselves involved with none other than 2 times World Superbike Champion and MotoGP star… James Toseland. A nice posh launch involving Donnington Race Circuit, Claridges in London and Suzy Perry…. was all very humbling.

I’ve had some nice bikes….although not the hot balloon over the London Marathon…. been some nice places (MotoGP guest at Laguna Seca with Toseland and race manager Roger Burnett) and even ventured to the other side of my tape measure (quite a learning experience at one of the top tailors of Savile Row – Richard Anderson).

The experiences have been absolutely wonderful….thank you to all those involved...here’s to a few more.

Have a fun look at the full photo timeline....see the BKS Facebook page. 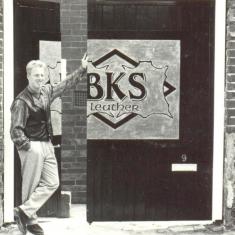 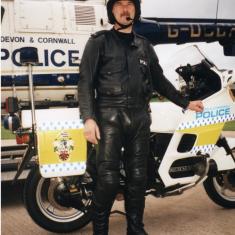 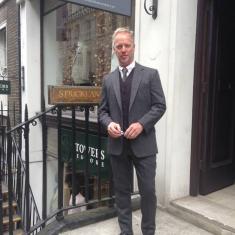 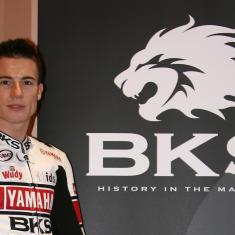